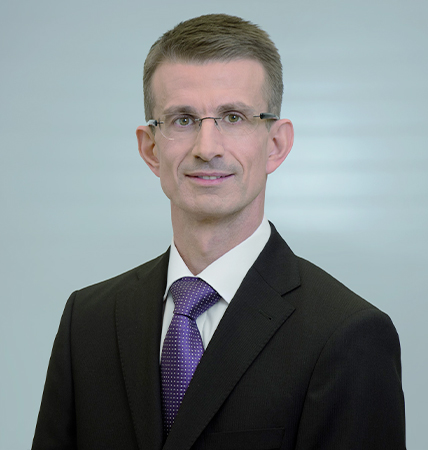 Klaus Günther started the officer’s career in the German Air Force after completing high school and accomplished the officer training. He studied at the University of Federal Armed Forces and graduated with a degree in Aeronautical Engineering. Thereafter, he worked in different functions in an Air Force squadron operating Phantom F4-F.

In 1998 he left the German Air Force as a captain and joined MTU Aero Engines. Following various posts in EJ200 Program Management, he assumed responsibility for the Technical Publication Department. Early 2003 he became Product Support Director of Eurojet GmbH accountable for all services supporting customer fleet operations. Beginning 2005 he was appointed to EJ200 and RB199 Program Director and in 2013 to his current position of Senior Vice President Military Programs.