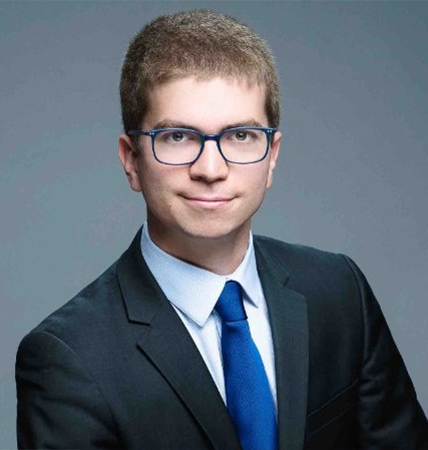 Jocelyn Escourrou held various positions in Aerospace & Defense, both in industry and administration, with background in aerospace propulsion, upstream research and international cooperation.

Jocelyn is a graduate from the Ecole Polytechnique and former “Ingénieur Principal de l’Armement”. After working on advanced airbreathing propulsion systems within MBDA from 2012 (including hypersonic propulsion), he joined in 2014 the Direction Générale de l’Armement (France’s defense procurement agency within Ministry of Defence) where he served as technical architect in charge of upstream propulsion projects such as the FCAS project in FR / UK cooperation as well as supporting life and airworthiness of mature military engines (Larzac, Atar 8K50). In 2016, he joined the “Agence des Participations de l’Etat” (French shareholding agency within French Ministry for the Economy and Finance) where he was in charge of an Aerospace & Defense portfolio made of multinational companies such as Airbus or KNDS but also smaller business such as SNPE and the Paris Mint (“Monnaie de Paris”) where he was the French State representative at the board of directors and related committees. In 2019, Jocelyn joined Safran Group as Project Director Strategy and M&A in Safran Group headquarters.

In 2020, he joins Safran Aircraft Engines as FCAS program Director and is later in April 2021 also appointed Chief Executive Officer of EUMET.