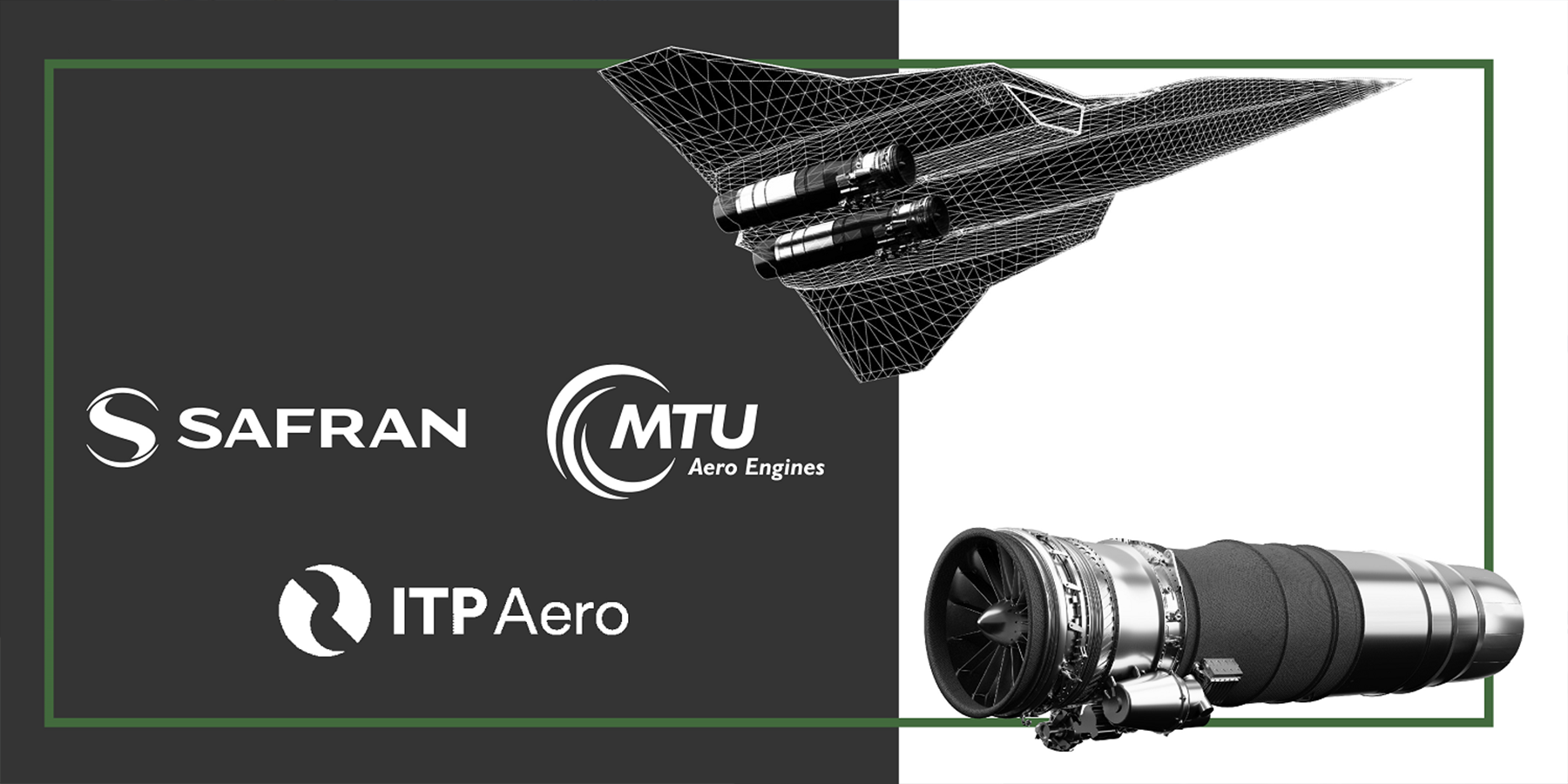 MTU Aero Engines, Safran Aircraft Engines, and ITP Aero came to an overall agreement on the cooperation to provide a jointly developed, produced and supported engine to power the Next-Generation Fighter (NGF), which is a core element of FCAS (Future Combat Air System).

ITP joining the program as a main partner of MTU’s and Safran’s new joint venture EUMET will allow an equal workshare between France, Germany and Spain. EUMET will be the sole prime contractor with the nations for all engine activities related to the Next-Generation Fighter, with ITP Aero acting as main partner.

“We have set a reliable and solid framework for pragmatic and focused decisions among the partners over the entire life-cycle of the engine”, commented Michael Schreyögg, Chief Program Officer of MTU and first Chairman of the Shareholders’ Meeting of EUMET. He continued. “Having reached this we will jointly focus on the major next steps ahead: Securing the contract for the demonstrator phase during the next few months and ramping up development activities in line with our highly ambitious timeline until 2040.”

“Today’s agreement marks a very relevant milestone for ITP Aero and the FCAS program. We believe this program will be instrumental for ITP Aero moving forward, showcasing the role and capabilities of the Spanish defence industry within the future of Europe’s defence. We look forward to working with our partners Safran and MTU Aero”, commented Carlos Alzola, CEO ITP Aero.

According to the timetable defined by the national authorities, the next Research & Technology phase (R&T 1B/2) should pass the national approval processes by the middle of this year in order to move the FCAS program to the next level.

Safran is an international high-technology group, operating in the aviation (propulsion, equipment and interiors), defense and space markets. Its core purpose is to contribute to a safer, more sustainable world, where air transport is more environmentally friendly, comfortable and accessible. Safran has a global presence, with 79,000 employees and sales of 16.5 billion euros in 2020 and holds, alone or in partnership, world or regional leadership positions in its core markets. Safran is listed on the Euronext Paris stock exchange and is part of the CAC 40 and Euro Stoxx 50 indices.

ITP Aero is a world leading company within its market, currently the ninth largest aircraft engine and components company in the world by revenue. The company employs 4,300 people at its production centres in Spain, UK, Mexico, Malta and India.

ITP Aero includes among its activities the design, research and development, manufacturing and casting, assembly and testing of aeronautical modules and engines. ITP is recognized for its leadership in lower pressure turbines, compressors, nozzles, structures and its engine OEM role in major European defense programmes such as EJ200, TP400 and MTR390-E. It also provides MRO services for a wide range of engines for regional airlines, business aviation, helicopters, industrial and defense applications.